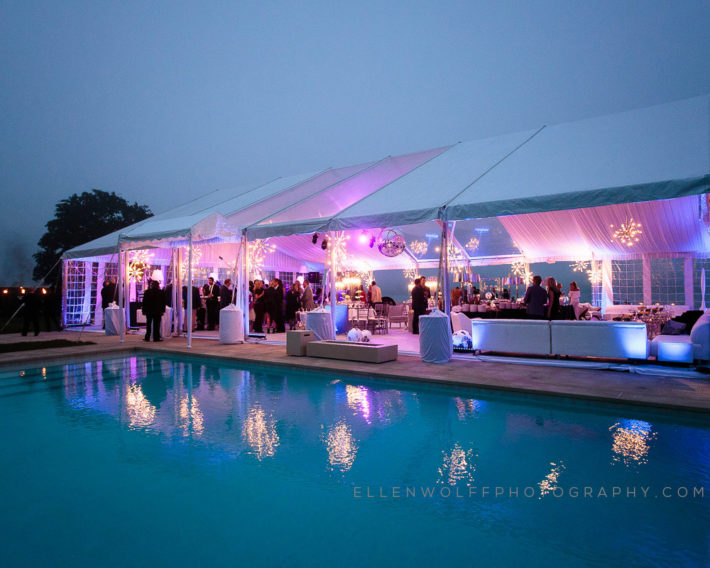 I love driving East, out to the Hamptons, for house parties. This gorgeous party was set in Water Mill in mid September, the last party of the Summer season. And the weather held up. It was mild and moist without a trace of wind. And as the fog rolled in off Mecox Bay, the tent began to merge with the sky and as night descended it was sitting there like a jewel.  Lawrence Scott Events filled the tent lavishly, with black, white and silver decor. Each table was dripping with light from a silver fixture, and brought to life with the personality only Fornasetti plates could provide. The perimeter of the tent was punctuated by lighting resembling sparklers. It was so pretty, and kept getting better as day became night.